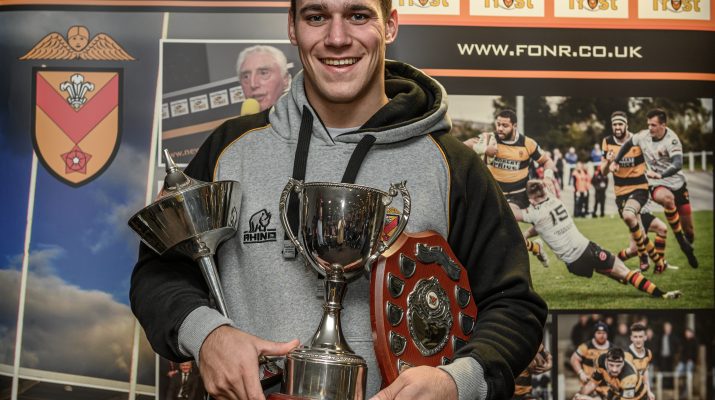 Outstanding open side flanker Kyle Tayler missed the Newport RFC end of season dinner as he was playing rugby in Argentina representing the British Police.

Now back in this country and putting in great performances for our club we finally had a chance to present him with the three awards he won at the end of season dinner:

Kyle had an outstanding 2018/19 season. Here’s to an even better one this time around.