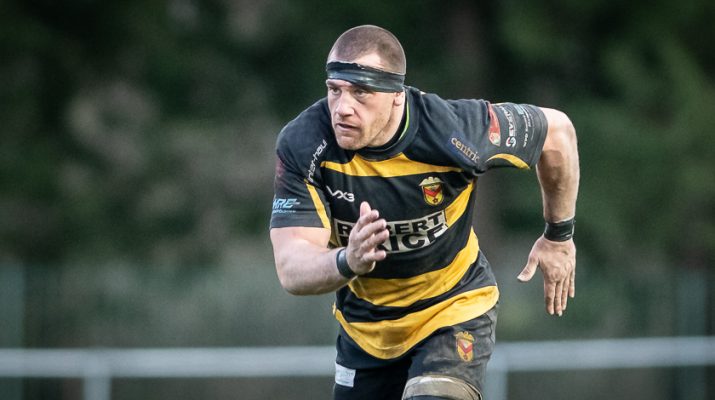 Rhys Jenkins has been announced as club captain of Newport RFC for the fourth successive season. The versatile back row forward is the longest serving player in the squad, making his debut in September 2010 and hugely popular with his team mates and fans alike.

Rhys has pulled on the famous black and amber jersey 157 times and will be hoping to add to that tally considerably next season.

Head coach Ty Morris commented, ‘We are pleased to announce that Rhys will be captaining the squad this coming season. With the uncertain times we find ourselves in, we need a leader that will bring stability and there’s no one better than Rhys at this. On the field he brings a constant high level of performance and off it he has a calm persona that is infectious to others around the camp. Rhys is a proud Newport boy that has been a pivital figure for the club in recent years. He has led from the front as captain for the past three seasons and I’m sure he will lead us again through the challenging times that covid has brought to our regular rugby structure.’