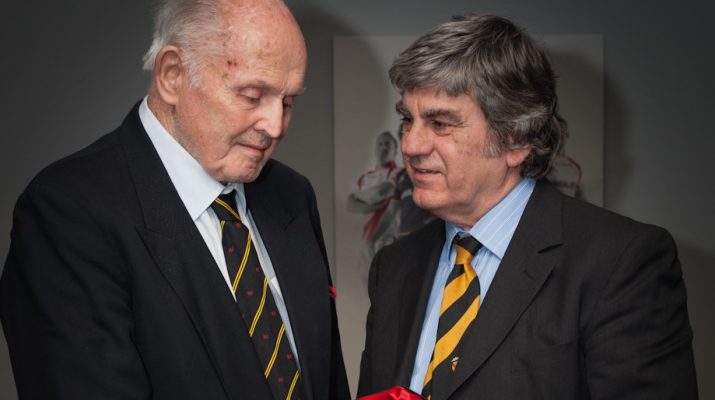 Newport RFC received the very sad news this morning that one of our biggest legends, Ian Ford, passed away last night. Ian played a massive 482 games for the club during the 1940’s, 50’s and 60’s after first joining the club in 1946 from Bassaleg School. With his towering presence in the second row also being recognised by appearances for the Barbarians, Crawshays and also by Wales with a couple of caps.

Ian played in the famous victories over New Zealand in 1963 and also against Australia in 1957, as well as the close loss to South Africa in 1960. A regular try scorer too, Ian crossed the line 34 times.

After finishing playing Ian stayed involved in the club in a number of roles as a committee man and his agricultural background was a great help with all pitch matters.  Inducted into the Newport RFC Hall of Fame in 2013, Ian has still been a regular attendee at club and Former Player Association functions until recently.

A wonderful gentleman with a massive love of his ‘Black & Ambers’ we will never see the like of him again with his allegiance to our club. Everyone involved with the with Newport RFC including the Directors, Coaches, Players and Supporters send their most sincere condolences to Ian’s family and friends.